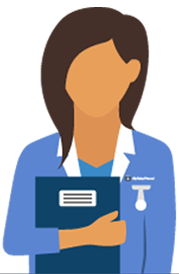 Breech Babies – Your Choices and Options

When will a baby settle into a head down position before birth?

Babies often twist and turn during pregnancy, but most will have moved to a head-down position (cephalic presentation) by 36-37 weeks, and often by the time labour begins. However, sometimes babies may be bottom or feet-first (breech presentation) or lying sideways (transverse).

Babies lying bottom or feet first in the womb, instead of the usual head first position, are called breech babies. It is common in early pregnancy, but only 3-4% of babies are breech at the end of pregnancy. If your baby is breech, you may feel discomfort under your ribs as your baby’s head presses up under your diaphragm. You may also feel sharp kicks to your bladder.

The different types of breech presentation

There are three main types of breech presentation.

Why does a breech presentation happen?

Can the baby be turned before labour?

If your baby is in breech position at 36 weeks, you’ll usually be offered an external cephalic version (ECV). This is done by a healthcare professional, usually an obstetrician, who tries to turn your baby to the head down position. It is a safe procedure involving the application of gentle pressure to your tummy and although it should not be painful, it may be uncomfortable. About 30-50% of breech babies can be turned using ECV, allowing a normal vaginal birth. Successful ECV lowers your chances of a caesarean section and its associated risks. Read more about external cephalic version here.

What are the options for birth if my baby remains breech or I do not want an ECV?

There are two options: a planned caesarean section or a planned vaginal delivery.

Research has shown that a planned caesarean birth is safer for your baby than a vaginal breech birth but the decision must be weighed up against the risks of the surgery.

The perinatal mortality rate (the number of deaths of babies over 28 weeks gestation and less than 7 days old) is:

The numbers involved are very small, but a vaginal breech delivery has a 4x higher perinatal mortality compared to a planned caesarean birth. The reduction in mortality with a c-section is mainly due to avoidance of stillbirth (as planned c-sections are usually performed at 39 weeks, the risk of stillbirth later in the pregnancy is removed), avoidance of risks of labour and also avoidance of risks specifically associated with vaginal delivery of breech babies.

However, a caesarean section has risks for the mother including the risks of the surgery itself. It also involves a longer recovery, and comes with important implications for future pregnancies including:

If you have planned a caesarean birth but you go in into labour with a breech baby before your operation date, a midwife or an obstetrician will examine you and assess the safest way to deliver your baby. In some cases, it may be safer to have a vaginal breech birth especially if your baby is close to being born.

A vaginal breech birth is not recommended if:

If your baby is breech at the end of pregnancy and you are not in labour, you should be offered a caesarean birth. This is because an induction of labour is not recommended for breech babies.

What does a breech baby mean for labour?

Breech birth options for pain relief are the same as for delivery of a baby who is head-first. Your baby’s heart rate will be monitored continuously on a CTG (cardiotocograph) and you will be examined in the same way as women having a head-down vaginal birth. If there are concerns with your baby’s heart rate that cannot be resolved or if your labour is not progressing, you may need a caesarean section in labour. Around 40% of women who are planning a vaginal breech delivery will need an emergency caesarean section. For the 60% who have a successful breech delivery, a paediatrician (doctor specialising in the care of babies and children) will be present to ensure that your baby receives neonatal care and support if required.

Who will decide how you give birth to a breech baby?

It’s important to discuss your breech birth options with your obstetrician and midwife, and also with family and friends.