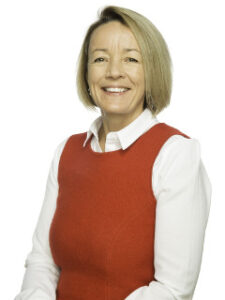 Women frequently complain about forgetfulness in pregnancy. These ‘memory slips’ are linked to the hormone changes that are needed as pregnancy progresses. Most of us have memory slips, such as knowing we went upstairs for something, but forgetting what we wanted when we arrive. However, women tend to think they have more of these memory slips when they are pregnant.

Several pregnancy hormones are blamed for causing forgetfulness in pregnancy. The hormones that have attracted the most attention are progesterone, oestrogen and cortisol, as the levels of these hormones increase dramatically during pregnancy.

The association between hormone levels and memory was first shown in people with medical conditions that caused abnormal hormone changes and affected memory and problem-solving ability. Altered memory and problem-solving ability has even been shown to vary with the menstrual cycle, where hormonal changes are relatively small compared to pregnancy. Extrapolating this to pregnancy, it’s very possible that the dramatic changes in hormone levels experienced by a mother-to-be could cause forgetfulness.

Many studies have looked at the link between pregnancy hormones and memory. Interestingly, some studies show that pregnancy may alter the structure of the brain. Animal studies show that pregnancy hormones can affect the structure of neurones (brain cells) and these changes have been linked to altered memory ability in these animals. Astonishingly, the size of a woman’s brain seems to reduce slightly during pregnancy and may take up to two years to return to pre-pregnancy size. These deviations may seem surprising, but are just one of many physical changes that occur in pregnancy, including changes to blood volume, blood pressure and how glucose is processed by the body.

When pregnant women have been asked about their memory, as many as 80% said they were more forgetful than before they were pregnant or had experienced ‘mental fogginess’.

As well as asking pregnant women for their views, researchers have tested memory function in pregnancy. However, creating reliable and comparable tests for memory function is notoriously difficult. For example, there are several different types of memory – the memory we use to remember a phone number is not the same as the memory we use to remember past events. Different types of memory demand varying degrees of processing effort or concentration and, therefore, may be affected in different ways by pregnancy hormones. Unless tests look at each type of memory individually, it’s hard to draw conclusions. Furthermore, there are many different means of testing such as questionnaires, scenarios or computer programs which make comparing different studies difficult. Although researchers have tried to do this and have published reviews that include many of the published studies.

Are there any other factors which cause pregnancy forgetfulness?

Although pregnancy is often portrayed as a time of great expectation, when a woman is supposed to ‘bloom’ with good health, the reality for many may be very different. Most women have worries in pregnancy, from concerns about their baby’s health and fears about the approaching birth, to worries regarding their employment and finances, or concerns about relationships. These worries can lead to stress, depression and sleep disturbance.

Even women who claim to have no worries may, from time to time, have problems getting adequate sleep because of their growing baby. And some women develop health problems that may impact upon their wellbeing which, in turn, may affect their ability to concentrate. Stress, depression, inadequate sleep and ill health may all have an impact on memory ability and increase levels of forgetfulness.

It is also possible that pregnant women notice memory slips more because they expect to have them. The subject of forgetfulness or ‘baby brain’ is often reported by the media and friends and family may discuss the notion of ‘the baby brain phenomenon’ particularly if a ‘forgetful incident’ has occurred. In this way the expectation of having more memory slips becomes a self-fulfilling prophecy.

What can be done to help improve memory problems in pregnancy?

Women shouldn’t worry too much about slips of memory; there is no convincing evidence from research that forgetfulness in pregnancy has a detrimental or lasting effect (other than causing a concern for women). However, if a woman is worried about her memory, she may want to discuss her feelings with her midwife, GP or obstetrician and try, if possible, to alleviate contributing factors such as sleep problems and depression or stress.

Does forgetfulness last into the postnatal period?

Hormone levels change quickly following birth. Unfortunately, there is very limited evidence relating to memory function following birth, so we as clinicians have little research to advise women how long it may last. It is worth noting, however, that hormones may not revert to their pre-pregnancy levels for several months and factors such as breastfeeding will influence them. Sleep deprivation, worries and stress are all also likely to continue once the baby is born. These factors may lead a new mother to experience memory slips perhaps as frequently as she did in pregnancy.

Lastly, a new baby will upset your routine and even the most organised of mothers will, from time-to-time, find themselves with limited resources to plan their day or to consider what requires their attention and when. New mothers and their families should allow themselves time to adjust to the substantial changes that having a new baby brings.