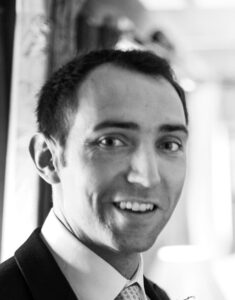 Smoking in pregnancy is associated with significant harmful effects to unborn infants during the pregnancy period and their childhood. This association has been established, including through the ‘gold standard’ of random clinical trials, for decades1. There are a wide range of harmful effects of smoking in pregnancy including reduced birth weight, spontaneous pre-term birth, placental abruption, ectopic pregnancy and many more. It is therefore universally agreed across clinicians and public health professionals, as is the case with the general population, that there is no safe level of smoking in pregnancy.

Smoking in the general population has reduced substantially from as high as one in two in the middle of the 20th century to approximately one in six today2. Despite the well documented risks both to the mother and infant, smoking during pregnancy has been estimated to be as high as one in eight3 while smoking rates at delivery of the baby are approximately one in ten in the UK2. Educating women of the harms of smoking before and during pregnancy and encouraging them to stop is therefore of paramount importance for the mother’s and infant’s short and long-term health and life chances.

Health effects of smoking in pregnancy

The association between smoking and other complications is also strong. For example, smoking during pregnancy increases the risk of infant mortality (the death of a child under the age of one year) by 40%6. Exposure to smoke during pregnancy is also associated with phsycological conditions later in childhood and adulthood which can seriously affect the child’s educational attainment. Studies suggest an increased risk of attention and hyperactivity problems, disruptive behaviour7 and a detrimental effect on the child’s future educational performance in children born to mothers who smoked during pregnancy8.

Passive smoking (where you are exposed to other people’s tobacco smoke) is also associated with harm to the infant. Infants in the womb exposed to passive smoking have a higher risk of pre-term birth, low birth weight and a range of other health conditions. The 2007 smoking ban in enclosed places helped reduce the risk of passive smoking but pregnant women (and all of the population) should be aware of the risks that passive smoking carries.

Carbon monoxide is a poisonous gas which can result in reducing the amount of oxygen delivered to a baby in the womb. Smoking tobacco increases the carbon monoxide (CO) content of your blood. The level of CO in the blood of a non-smoker depends on background levels in the air, but it is usually between 0 and 8 parts per million. The level of CO for a smoker is typically much higher.

It is important to detect carbon monoxide levels in pregnant women’s blood as this can lead to serious adverse effects upon the unborn infant such as still birth and brain damage. Carbon monoxide levels are tested in the pregnant women at their antenatal appointment. This is a breath test and is useful for all pregnant women to measure the level of exposure to carbon monoxide that could be from smoking, passive smoking or even from faulty gas appliances, exposure to other pollutants or through other medical conditions. This can then be monitored throughout the pregnancy.

Smoking in pregnancy can cause serious, harmful effects upon the baby both during pregnancy and later in life. Women planning a pregnancy should make smoking cessation a priority to improve their own health and give their child the best start in life. There are a number of evidence based, effective smoking cessation methods which can significantly increase the likelihood of successfully quitting smoking which are discussed in an accompanying article. The overarching medical advice is that smoking in pregnancy is not safe.