Dr Viner is a specialist registrar in obstetrics and gynaecology based in Edinburgh. Her interests include fetal and maternal medicine and global health. 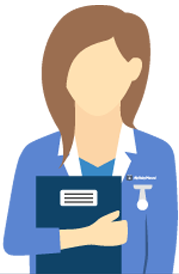 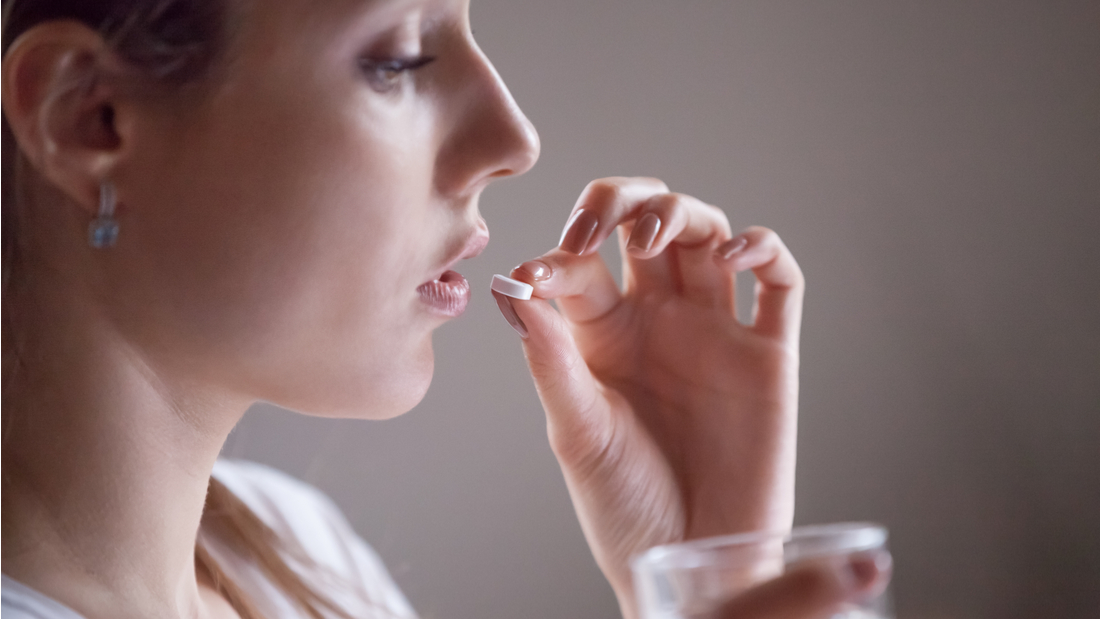 Many women require medication in pregnancy, for both pre-existing and pregnancy-specific conditions. While the majority of medications cross the placenta, not all will pose a risk to the baby, with many being considered safe and used widely throughout pregnancy. When deciding whether or not to take a medication, either one prescribed or bought over the counter, it is important to consider why you are taking it and what are the potential risks to the baby. Conditions such as coughs, colds and minor aches and pains often do not need medication, and in these situations, it is recommended you try to avoid tablets. Generally when pregnant, it is advised that women use the lowest number of drugs at the lowest effective dose; however, this must be balanced against the safety and well-being of the woman. If you have any concerns, it is recommended you speak to your doctor or midwife for further advice.

If you are planning a pregnancy, then it is recommended that you start taking daily folic acid, ideally three months before you start trying. This is to help reduce the risk of neural tube defects, such as spina bifida, which are at risk of occurring in the first three months of pregnancy. Most women need a dose of 0.4mg, which is the standard dose in pre-pregnancy vitamins. However, some women, for example those with diabetes or epilepsy, will require a higher dose of 5mg. If you are unsure, your pharmacist or GP will be able to help advise you.

In many cases, women with pre-existing health conditions need to continue their prescribed medications throughout the pregnancy so that they do not suffer a deterioration in their health which may be dangerous for both themselves and their baby. Some medications, especially some of those used for high blood pressure, heart conditions or epilepsy, are associated with an increased risk of birth defects and should generally be changed to a safer alternative before falling pregnant. This can be done via an appointment with your GP and so it is recommended that any woman who takes medication regularly should arrange a review to discuss this and make any necessary changes before trying to conceive. In some very complex cases, your GP may even refer you to see an obstetrician before becoming pregnant to have a more in-depth discussion known as pre-conceptual counselling.

While seeing your doctor before pregnancy is the gold standard, the reality is that this is often not possible and many women fall pregnant either by accident or before they have the opportunity to see their GP. If this is the case and you are taking a prescribed medication, the most important thing is not to stop it suddenly, as this can often be a risk to your health. Instead, make an appointment to see your GP at the earliest opportunity and they will be able to make any necessary changes safely. If you have been taking something that is associated with an increased risk of birth defects, you may be referred to the hospital to discuss this with the obstetric team, and it may be that you then require some extra monitoring or additional scans throughout the pregnancy. It is important to remember, however, that even though some medicines are associated with a higher risk of problems, this will not automatically happen in all pregnancies. The most serious risk is that of your health deteriorating as a result of stopping a medication that you need, and so it is essential that you do not do this, no matter how worried you are. On the other hand, if you are taking something that you brought over the counter and find you are pregnant, we would generally recommend stopping this until you have the opportunity to speak with your doctor, as often these are non-essential and it is unlikely that you will come to any harm by stopping them.

The recommended first-line painkiller in pregnancy is paracetamol. It is used routinely throughout all stages of pregnancy and, although easily obtained, it is an extremely effective treatment for mild to moderate pain. It is also useful in treating high temperatures, although if you suspect you do have a temperature, it is important you see your GP as soon as you can as infections can often make you more unwell while pregnant. You should avoid taking any paracetamol tablets that contain caffeine, however, as very high levels of caffeine can be harmful to developing babies.

Generally, it is advised that you don’t take ibuprofen (or similar medications, such as diclofenac) when pregnant, especially over 30 weeks, unless you have spoken to a doctor about this. Some women, especially those with conditions such as rheumatoid arthritis or lupus, may need to continue ibuprofen; however, this is something that needs to be discussed in depth with their specialist and the obstetric team. While there is no convincing evidence that ibuprofen increases the risk of birth defects in early pregnancy, there is some information to suggest a potential link to miscarriage. The evidence for harm over 30 weeks, however, is much more convincing. NSAIDs (non-steroidal anti-inflammatory drugs) such as ibuprofen, are associated with a number of conditions including persistent pulmonary hypertension of the newborn (PPHN), where the baby’s lungs do not adapt properly to life outside the womb, and premature closure of the ductus arteriosus, where the early closure of an important blood vessel in the baby’s heart means that the oxygen supply to the baby can become disrupted. They are also associated with a reduction in the fluid around the baby (oligohydramnios), which can lead to problems with lung and bladder development as well as limb deformities as the fluid usually cushions the baby.

If you have pain that is not improved by paracetamol, then it is recommended you see your doctor. Not only will this allow you to obtain some stronger painkillers on prescription (such as codeine or dihydrocodeine), but also to check that there is not a serious underlying cause for the pain which may require further treatment or admission to hospital.

Indigestion and heart burn are extremely common during pregnancy and unfortunately tend to get worse as the pregnancy progresses. They are caused by a combination of hormonal changes and pressure on your stomach from your growing womb. Symptoms are often worse after eating or at night when lying in bed. If your symptoms are mild, then you may be able to improve them without medication by making simple lifestyle changes, such as eating small amounts often and cutting down on caffeine and fizzy drinks. It is best to avoid eating just before bed, and it can be helpful to sleep with extra pillows to prop up your head and shoulders. Stopping smoking and avoiding alcohol in pregnancy are also important in helping to manage symptoms of heartburn, as well having a number of other significant benefits for you and your baby which are discussed in Dr Jonathan Pearson-Stuttard’s articles linked above.

Unfortunately, for some women these changes are not enough and they require medication to relieve their symptoms. Some of these are available over the counter; however, some require a prescription from your doctor. Antacids are a group of medicines that help to neutralise the acid in your stomach. They tend to come as either chewable tablets or liquid and can be bought over the counter from your pharmacist. They work best when taken alongside food, but they should not be taken at the same time as other tablets as this can sometimes affect their absorption. They are generally very well tolerated with very few side effects but are only designed for short-term use and may lead to an upset stomach if taken for prolonged periods. If your symptoms continue despite this, it is advisable to make an appointment with your GP to discuss prescribed medication for more long-term use.

When considering prescribed medication for indigestion, ranitidine, a tablet which helps to reduce the amount of acid in your stomach, is the most widely studied in pregnancy. It has excellent safety data and has not been associated with any concerns for the developing baby. It is the preferred first line of medical treatment in pregnancy, and most women labouring in a consultant-led unit will be offered this every 6 hours during labour to try to minimise the risk of inhaling stomach contents should they require an anaesthetic. Omeprazole is a similar medication which acts in a slightly different way to reduce acid reflux and is the only member of its family which is licenced for use in pregnancy. When compared with ranitidine, there is slightly less known about the longer-term effects of omeprazole, hence ranitidine often being tried first. All of the data gathered about omeprazole, however, supports its safe use in pregnancy, with no increased risk of birth defects or preterm labour.

Depending on your symptoms, there are a variety of different medications you can take for hay fever while pregnant. As mentioned previously, when considering any medication in pregnancy it is best to take the smallest dose for the shortest time possible, therefore if your symptoms are limited to itchy eyes or a runny nose, we would recommend trying eye drops or a nose spray first, as they contain lower doses of the medication than tablets. We would recommend looking for preparations containing sodium cromoglicate, corticosteroids or antihistamines and avoiding those that contain decongestants as these are associated with a risk of reduced blood flow to the placenta. If this is not enough to manage your symptoms, then you will need to consider antihistamine tablets.

It is generally advisable to avoid herbal and homeopathic remedies during pregnancy as there is concern that they are not as carefully regulated as conventional medication and therefore their content may be less reliable. There are also fewer robust studies available evaluating their safety and therefore it is recommended that they are avoided. That said, there is some evidence for the role of certain essential oils as aromatherapy during labour, and clary sage, lavender, mandarin and frankincense are often used safely and effectively in birthing suites.

This topic contains 0 replies, has 1 voice, and was last updated by

You must be logged in to reply to this topic.