Dr Ciantar is a consultant obstetrician at the Leeds Teaching Hospitals NHS Trust. His specialist interests are obstetric haematology and medical education. He runs a weekly obstetric thrombosis and haemostasis clinic and a monthly obstetric haemoglobinopathy clinic. 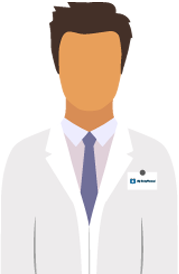 Anaemia occurs when there is a drop in haemoglobin. This is the molecule which is found in red blood cells and provides oxygen to the whole body. Haemoglobin is routinely checked in pregnancy at the booking visit and at 28 weeks. This is done through a blood test known as the ‘full blood count’ which, apart from haemoglobin, checks for other important blood constituents such as white blood cells (which help our body fight infections) and platelets (which help our blood clot).

Other less common causes of anaemia in pregnancy are due to folate deficiency, vitamin B12 deficiency and secondary to defects in the structure of red blood cells (e.g. sickle cell disease) or haemoglobin (e.g. thalassaemia).

A typical western diet provides 15mg of iron per day but the recommended daily allowance of iron in pregnancy is 30mg per day. This increased iron is required for the developing baby and placenta as well as to help produce more red blood cells. Pregnancy requires a 25% increase in red blood cell numbers. In addition only 10% of dietary iron is absorbed by the intestine, although in pregnancy this iron absorption is more efficient and triples from the first trimester to the third trimester.

Iron derived from meat (known as ‘heme iron) is more readily absorbed by the intestine than non-heme iron, which is found in legumes, nuts, seeds etc. Absorption is improved with vitamin C but inhibited by phytates in cereals, tannins in tea and polyphenols in some vegetables. It is therefore recommended to have oral iron tablets on an empty stomach (if tolerated) and with a glass of orange juice.

It is therefore not surprising that around 40% of women begin pregnancy with low or no iron stores and that iron deficiency anaemia is relatively common. Anaemia in pregnancy occurs when the haemoglobin level is less than 110g/l (110 g of haemoglobin per one litre of blood) at booking or less than 105g/l in the second and third trimester. The anaemia is then confirmed to be due to iron deficiency by certain characteristics of the red blood cells (known as microcytic and hypochromic) and by a low ferritin level. This is a measure of the iron stores in the body.

Iron deficiency anaemia leads to various symptoms depending on the severity of the anaemia. These include irritability, poor concentration, fatigue, reduced exercise tolerance, shortness of breath on exertion, palpitations and headaches. Pallor is also a common manifestation. These symptoms can be very debilitating and will cause problems with undertaking normal everyday tasks. In addition anaemia in pregnancy is associated with a lowered resistance to infection, impaired wound healing and a higher risk of developing postnatal depression. Anaemia also has a negative effect on breastfeeding, leading to reduced milk production and shorter lactation periods.

Iron deficiency anaemia has direct effects on the baby. It is associated with a higher risk of preterm birth as well as poor growth during pregnancy. There are also effects on the baby’s development, including poor cognitive performance, poor performance on behavioural tests, poor locomotive development and impaired socio-emotional behaviour. A high proportion of infants born to anaemic mothers display iron deficiency themselves. There also seems to be an association between iron deficiency anaemia in pregnancy and a higher risk of heart problems in the child later on in life.

It is for all these reasons that iron deficiency anaemia in pregnancy needs to be managed properly. The best form of management is prevention and this can be achieved by ensuring an iron rich diet from the beginning of pregnancy. The table below gives some examples of food items which are rich in iron and their respective iron content:

Around 20% of pregnant women in the United Kingdom still develop iron deficiency anaemia. This is either diagnosed following the routine blood tests done at booking or 28 weeks, or because the pregnant woman presents to her GP/midwife/obstetrician with symptoms of anaemia and a full blood count is taken.

The first line treatment for iron deficiency anaemia is oral iron tablets. The advantage of this medication is that it is cheap and effective. Oral iron tablets are usually prescribed twice or three times day and will lead to an improvement in haemoglobin after a few weeks, depending on how severe the anaemia is. It is recommended that the full blood count is rechecked four weeks after starting iron tablets. The most significant disadvantage of the treatment is the associated side effects, including nausea, heart burn, diarrhoea and constipation. The tablets also lead to black stools.

The side effects can sometimes lead to cessation of the medication. Liquid iron preparations are available, but these have less iron content than the oral iron supplements. It is therefore best for the pregnant woman to persevere with the medication unless the side effects become intolerable.

Most maternity units now also offer intravenous iron preparations for anaemic women who cannot tolerate oral preparations. These are effective in managing anaemia and are faster in improving the haemoglobin levels compared to oral iron. They do require a visit to hospital, but the drip can usually be administered in less than an hour. There is a risk of anaphylaxis but this is very rare with the newer preparations. Intravenous iron is also particularly useful in the postnatal period for women who have lost blood at delivery but whose drop in haemoglobin is not low enough to require a blood transfusion.

Iron deficiency anaemia is relatively common and can have serious consequences for both the mother and baby. Ineffective management of anaemia in the antenatal period is also associated with an increased need for blood transfusions postnatally. All pregnant women should therefore ensure an iron rich diet to prevent iron deficiency anaemia and do their best to comply with the treatment provided when anaemia is diagnosed. This will help manage the side effects associated with anaemia as well as reduce the short term and long term consequences associated with it.