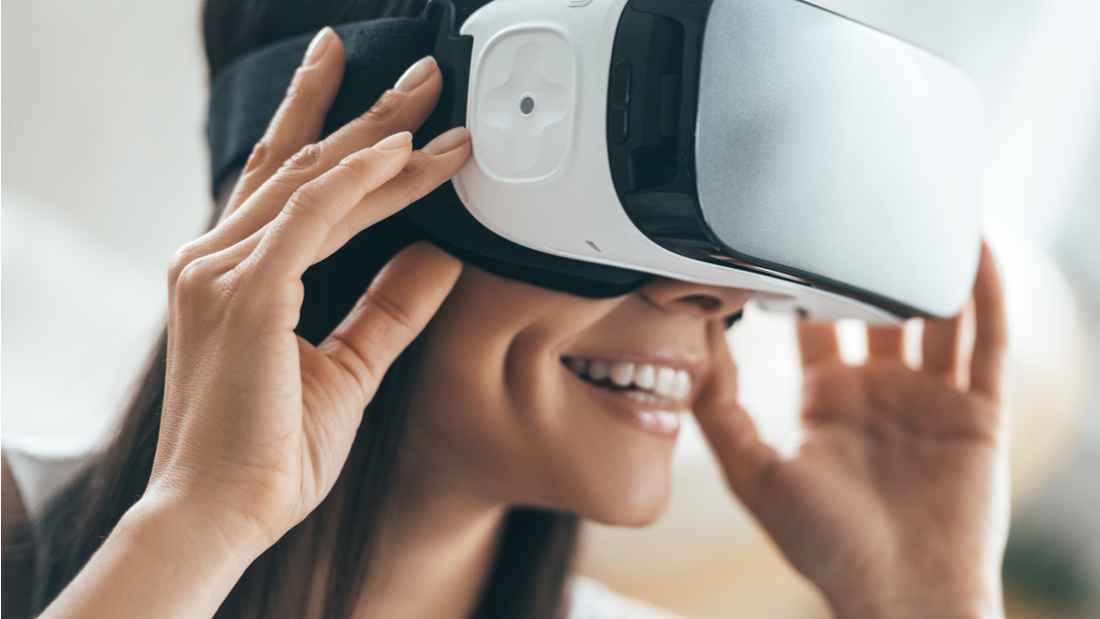 Non-pharmaceutical pain relief is the holy grail for women experiencing childbirth. No mother-to-be wishes to experience unnecessary pain, yet it is also true that no mother wants to expose their child to any form of drug unnecessarily. Another factor is that many, influenced by philosophies of the natural birth moment, wish to remain fully conscious of their bodies and in control during labour.

Music, meditation, creative visualisation and doula-led practices have all tapped into this desire for natural childbirth, but now recent advances in virtual reality technology have begun to offer a whole new universe of possibilities of drug-free pain relief for childbirth.

Virtual reality technology is still in its infancy and hasn’t yet gone mainstream, but with VR headsets now recognisable to most and their inclusion in the worlds of gaming, multimedia and corporate presentation on the rise, it is only a matter of time before they find their way into other settings, including maternity practice.

As an experienced midwife, Massov is a natural pioneer; she understands the needs of pregnant women and has an in-depth understanding of the tenets of midwifery practice and now, as a researcher, the emerging possibilities of virtual reality technology.

“In my experience, many women want a natural, drug-free birth without an epidural,” says Massov.

“Labour can be long, and you can get tired of using the same pain management techniques. Visualisation is a very powerful tool that can take patients to their ‘happy place’ and help them relax and manage their pain.”

Massov looked at two major considerations. First, would mothers-to-be be open to the possibilities of using virtual reality during labour to help them manage their pain and, second, would the virtual reality be an effective method of pain relief?

Initially Massov worked to ensure that the women would be both physically and psychically comfortable wearing the headset. She then fitted each participant with a headset for two ten-minute intervals during labour and assessed their respective levels of pain, pulse rate and blood pressure in order to gain a picture of each woman’s level of stress.

Each participant wore the headset for two 10-minute intervals during the early and active stages of their labour. While they wore the headset, Massov asked them to assess their level of pain, and then measured their pulse and blood pressure – two good indicators of stress on the body. The participants were allowed to use the headsets again during labour if they wished.

Once each woman had given birth and been discharged from hospital, Massov interviewed them with questions about their level of pain, relaxation, and perception of control. She further asked if they would use virtual reality pain relief during any later experience of childbirth and whether they would recommend it to a friend. The majority said they found benefit in the technology, would use it again and would recommend it.

“Interestingly, most women said, rather than reducing their pain, the use of virtual reality helped them spend less time thinking about their pain and helped them manage their pain,” said Massov.

However, in many ways the research highlighted how much more development is required to realise the full benefits. For example, most women found shorter, commercially-available VR scenes to be unsatisfying and insufficiently distracting; it is likely that the technology will be developed to provide mothers-to-be with specific VR scenes to help them better negotiate the pain of childbirth.

Massov is not alone in recognising the potential benefits of VR technology for pain relief during labour. Santa Rosa Memorial Hospital in Santa Rosa, California, utilises a dozen headsets, for use during early labour and common low-level gynaecological procedures.

“Even just helping them relax or have certain breathing techniques they can perform during difficult situations is a great avenue that I’m glad that we’ve started walking down,” Jonathan Kurss, an obstetric gynaecologist recently told CNN Business.

Kurss says he believes that VR is a natural next step as hospitals and patients move towards non-medical pain management. Mothers-to-be should certainly watch this space, as it seems that VR will have an increasingly important role to play in drug-free pain relief.